Over the last few weeks we’ve been looking at ways of generating extra income and currently we’re looking at the topic of starting a part time Business compared with taking in extra work and therefore being Self-Employed.

If you missed previous installments and want to catch up, go to my blog menu. Last week’s installment is at https://simplybudgets.com.au/business-self-employed/.

The difference between the two is that in a Business you get paid after you have done the work (when you are not working), whereas when you are Self-Employed, the moment you stop working the money stops.

I’ve been using a part time business I started recently as a case study and an example to help cover this subject.

So, last week I finished off by asking the question, “How can I make my hobby of restoring old Triumph Motorbikes into a business?”.

After thinking long and hard about what I would and would not be prepared to do I could see that I needed to be selling something that I created once and sold many times over.

So how could I do that?

To help with this I considered the dilemma my wife has at Christmas, Father’s day and my Birthday. Her primary Love Language is “Giving of Gifts” (You need to read the book The Five Love Languages).

She loves giving gifts, but has difficulty finding something to give me as a gift that is not socks, jocks or hankies that is related to my hobby. In the past she has given me DVD’s, Photographs, Books and T-Shirts. Some of these gifts are still on my prized possessions list so here were the clues that led me towards answering the question of how to create a business.

With the belief that other guys with a similar passion as me will want the same sort of things as me I looked carefully at my collection of valued things to see if there was anything that was either missing or that I thought could be improved upon.

All of those options had possibilities. I had dabbled in all of them to a certain extent (maybe not the T-Shirts) but I could not say I had all the knowledge or skills I would need to just go and do any one of them without some learning to be done first!

The one that appealed to me most was making a DVD. There is so little footage available about old Triumphs and what I had seen on YouTube has thousands and thousands of views. Not only that, most of it was filmed in the 1950’s, in black and white and by today’s standards was of very poor quality.

No I’m no Steven Spielberg but I had the feeling I could do better than what they had done in the 1950’s because we have much better technology today.

The Photo option was something I saw as difficult to monetize. Do you become a picture framer selling hard copies and posting them out? Do you try to sell digital images through shutter-stock or istockphoto or one of the big image libraries? There are heaps and heaps of photos online already.

The book idea would need lots of photos and there are already a number of really great books available.

The T-Shirt idea was interesting but there are lots of people doing that, maybe not with the right images, but still lots of competition.

So I decided to make a documentary type movie showing in detail, the process of restoring one of my bikes.

So, I just decided it would be a fun thing to do and if I could sell some DVD’s that would be great!

Had I ever made a movie before? No, but I thought it would be good fun to have a go!

Was this going to be a business? Well, probably more an extension of my hobby than a business, but it certainly had all the right characteristics

It also had the following benefits

So now you can see the process I went through in deciding what I was going to do it’s over to you. This is not about me; I’m just telling you about my experience so you can draw from it. You now need to go through a similar process, but focussing on your hobbies and passions.

At this stage DO NOT CONCERN YOURSELF TOO MUCH ABOUT HOW YOU WILL CARRY OUT YOUR DECISION, JUST MAKE A DECISION!

Next week we’ll look beyond the decision.

And as always, I’m going to put in the caveat; If you are looking to earn extra money hoping it will change your financial journey from being something like this … 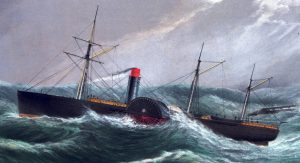 US Mail Ship in Storm 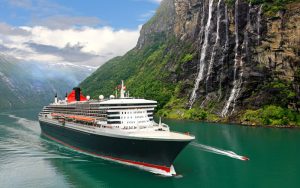 You will be sadly disappointed. You need to learn to manage your current income first.

That’s all for now.
David Wright